Our mission is to grow spiritually through joyful worship, thoughtful study and welcoming fellowship, to be responsible and thankful stewards of God's gifts, and to serve others in our community and the world.

We want you to feel welcome here and to become a part of our family.

We are here to work together as a cohesive group to teach and learn together.

In all we do, our focus is above and making a difference.

Presbyterians trace their history to the 16th century and the Protestant Reformation. Our heritage, and much of what we believe, began with the French lawyer John Calvin (1509-1564), whose writings crystallized much of the Reformed thinking that came before him.

Calvin did much of his writing from Geneva, Switzerland. From there, the Reformed movement spread to other parts of Europe and the British Isles.

Many of the early Presbyterians in America came from England, Scotland and Ireland. The first American Presbytery was organized at Philadelphia in 1706. The first General Assembly was held in the same city in 1789. The first Assembly was convened by the Rev. John Witherspoon, the only minister to sign the Declaration of Independence.

Our vision is to be a fellowship of Christians, seeking to grow spiritually, and to be a family of Faith.
We welcome a variety of views, value independent thinking, and are called to reach our and serve each other, our community and God's world. 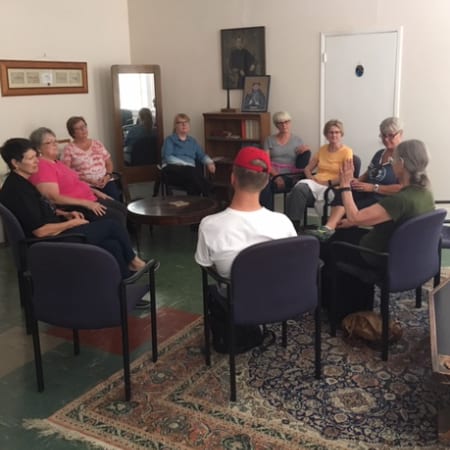 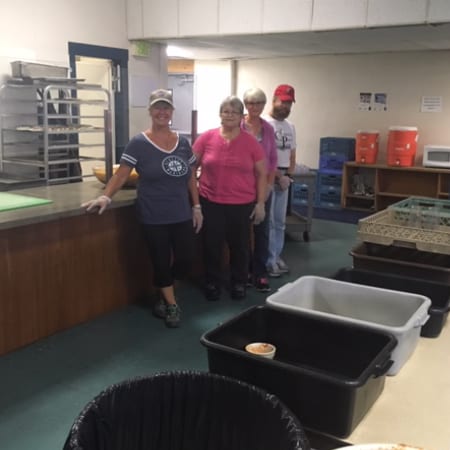 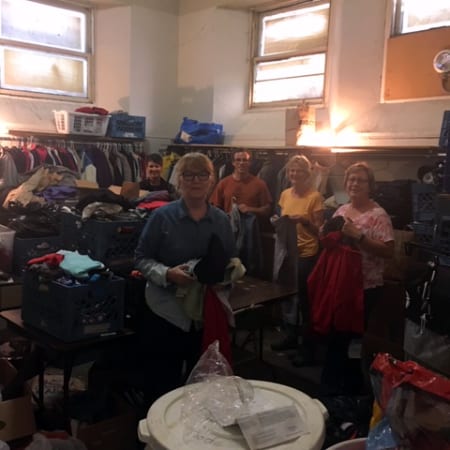 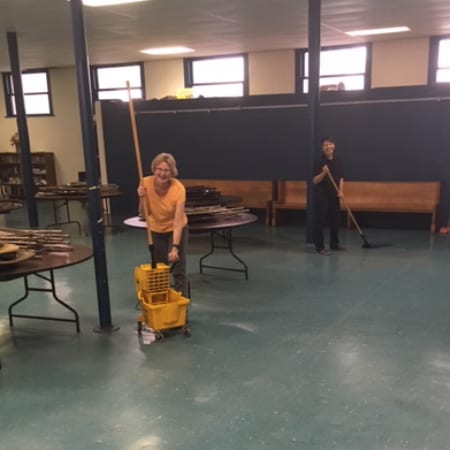 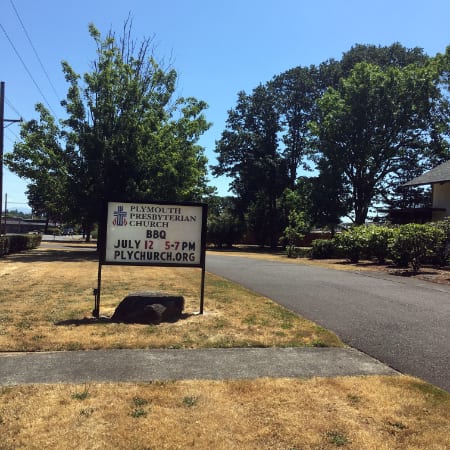 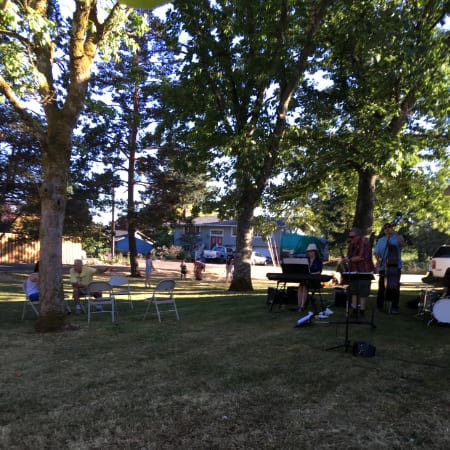 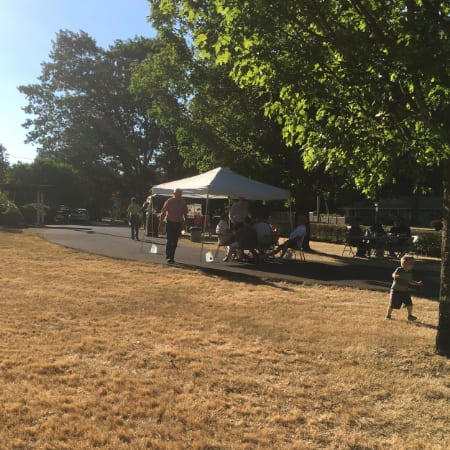 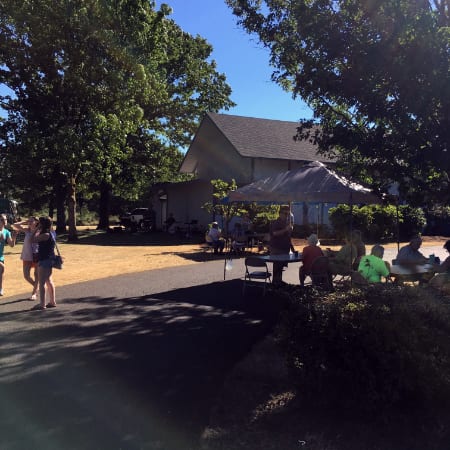 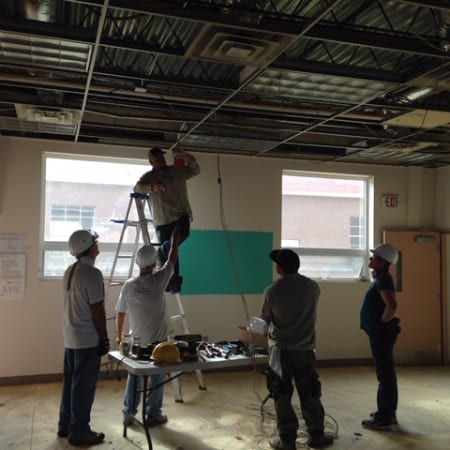 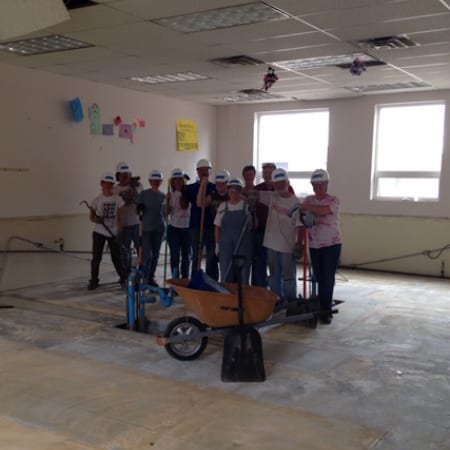 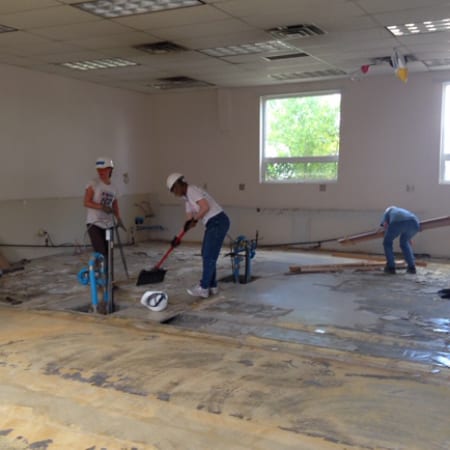 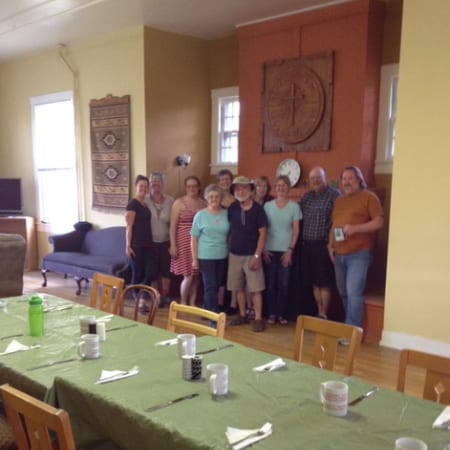 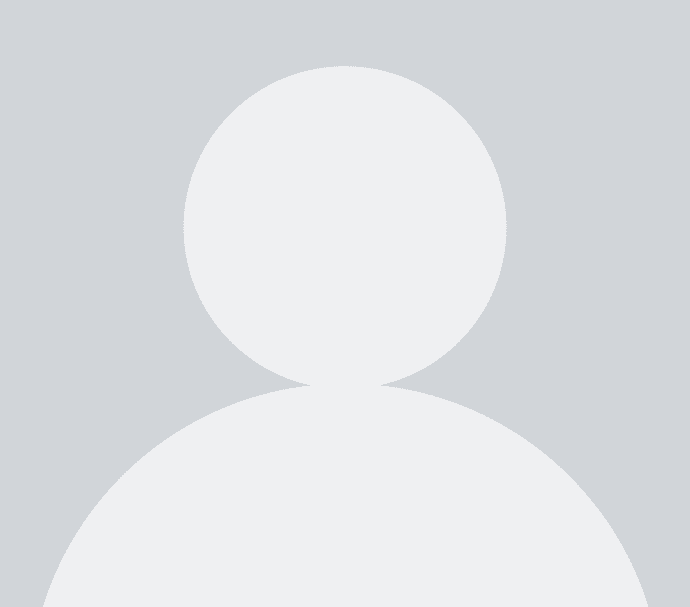 OPEN HEARTS, OPEN MINDS, IN A FAMILY OF FAITH.

In the beginning there was the settlement of ′′Plymouth′′ established by one CAPTAIN KNIGHTON. After many trials, tribulations, failures and successes, the town of St. Helens came to be.

The roots of Plymouth Presbyterian Church were set by the American Missionary Society and the Congregational Church. For a couple of years it prospered under the leadership of a Congregational Missionary -- Rev. THOMAS CONDON (a well know name in Oregon's history), but then the community and the church almost died out.

In 1895 Rev. CHARLES PHILBROOK, a Congregational minister from Main set about to resurrect the church. On September 16, 1896, a Council was formed for the organization of a Congregational Church of St. Helens, Oregon. The Council included ministers and representatives from Astoria, Rainier, Scappoose, and Portland, Oregon and Cathlamet, Washington.

Road conditions in 1896 were not good and the quality of the vehicles available then was not quite what we all are used to today. So when a dozen people from out of town showed up for the reorganization meeting of the church, there were some dedicated people involved. The records also stated that a couple came from Beaverton, WASH. What kind of a trip might that have been?

Twenty-two citizens constituted the original membership, and services were held in the Masonic Hall. A month later the name "PLYMOUTH" was adopted, after the original name of the township.

It is not quite clear how long Rev. PHILBROOK stayed, but after his departure the dedicated people seemed to have disappeared and the church declined. The Methodists established a church in St. Helens even though the Congregationalists wrote the Methodist officials that there "was no place or use for the M. E. Church in St. Helens." There was a feeling on the part of some people that the "Congregationalists should remain out of St. Helens if the M. E.s remained out of Scappoose". By 1911 the Methodists apparently taken over the building and ran the services and the Sunday School.

There was even a dispute over who belonged to the Congregational Church; apparently two membership rolls existed. It appears that one group wanted to give in to the Methodists and the other group wanted to keep going as Congregationalists and maintain ownership of the building. This is the group that won out and late in the summer of 1913 they agreed to have the pastor in Rainier give part of his time to the St. Helens Church. It took four Quit Claim Deeds to establish the Congregationalists' ownership of the property.

The part time arrangement with Rainier was not satisfactory and was dropped at the end of the year. From 1914 to 1918 four different pastors served the church, and part of the time two school teachers filled in.

By 1918 things were looking up. Rev. RALPH SPARROW served for two years, and under his leadership the building of the church at 1st and Columbia Blvd. was started. Dedication ceremonies apparently took place in 1922.

A Men's Chorus and Choir were organized in 1919.

In 1920 a congregational meeting was held in the parlor of the Orcadia Hotel and Rev. KIMBALL CLARK was selected as pastor.

From 1920 to 1928, three different pastors served, and for a part of the time two school teachers kept things going. A few of the members were quite active, but operations still had to be subsidized by the national organization.

In 1928 Rev. E. A. ALLIN (that spelling is correct) came and served for eight years. During that time a new constitution was adopted and in Inter-Church Council was organized. Times were good in 1928, and for that year the church was financially independent. That was only for one year. The depression years were hard for everyone including churches. The Pastor moved to Scappoose and wanted to merge the St. Helens and Scappoose churches as a matter of economic survival. That didn't work out. It was a difficult struggle to keep going.

From 1936 through most of 1944, pastors were part-time, and in the summer, student pastors were used because they only had to be paid room and board. There was, however, a large emphasis on Sunday School and jointly operated Vacation Bible School. Membership was listed at about 100, but the number that were active was far less. In 1938 most of the Sunday School children were from families other than Church members.

The World War II years were, not surprisingly, another period of struggles. Pulpit supply was not easy.

Starting in December 1944, Rev. ERNEST R. BELLINGHAM served until he reached retirement age -- retiring on June 30, 1958 -- thirteen and a half years of continuous service. This is the longest period of service in the church's history.

Those years were not exactly trouble free, though. In the later 1950's there was general movement toward unification of various elements of the Protestant faith, and the rewriting of the bylaws of most denominations. Part pf that movement included the Congregational church becoming The United Church of Christ. The local congregation didn't agree with many of the changes and proposed changes and joined a loose confederation of five Oregon churches and a Conference centered in Pennsylvania.

In September 1958 DR. ROBERT A. HUTCHINSON was called to the pastorate. He was a Congregational minister with a history and reputation for rebuilding failing churches. The records indicate that he was walking into something of a hornet's nest. The congregation was dissatisfied with their loose affiliation with dissidents of what had become the United Church of Christ, and there were a variety of major problems with the church building.

But he went right to work on the problems. Several committees were formed, and from the reports given at a congregational meeting in April 1958, it would seem they did excellent work.

The result was the decision to become Presbyterian in October of 1959.

Conflicts are an unfortunate fact of life, and there were a few in the life of the church. Each time one came up, the membership would be divided on the course to take, and not everyone would agree with the majority. Consequently, the membership varied from time to time.

The original membership list of the ′′new′′ Presbyterian church had 105 names. As of October 27, 1996, ten of them were still members and eight of the ten attended the Centennial celebration.

Dr. HUTCHINSON had to change his ministerial status to Presbyterian. Until that was done, he could not officially moderate the congregation and the session meetings.

He had planned to stay with the church for only a short while, but instead became very involved with the membership and the plans for a new building. His intended retirement was postponed not once, but twice.

On May 5, 1964 "HUTCH" celebrated his 50th anniversary as a minister. He finally retired at the end of the month.

The CHUCK WILSON years (1965 - 1972) were relatively calm, but there were a variety of fellowship activities and support of community activities.

During this time the National organization was active in support of some political activists. This caused much concern in many congregations, including Plymouth, and the support of many local congregations suffered.

Rev. JOHN PHILLIPS became the pastor in June 1973. He instituted some interesting new activities -- most notably his safaris to many spots in the Northwest, but extending to such places as England and Alaska. There were trips to north, south and east for cultural events. There were a number of different "social" activities at the church and in parishioner's homes. The PHILLIPS had an open house during the holidays.

The musical activities expanded with the help of expert organists, pianists, vocalists and choir leaders.

1973 was the start of "Church in the Mountains" at Spirit Lake on Mt. St. Helens. That event was discontinued in 1980 thanks to Mother Nature.

A summer Sunday service was held at CHAPEL BY THE SEA in Newport for several years.

In 1974 an elaborate Christmas Pageant was started with almost total participation by adults and children. After about ten years though, candidates for Mary and Joseph became a little hard to come by and the pageant was replaced with cantatas.

Sunday School was reactivated and the problem of adequate facilities resurfaced. In 1973, at least, a trailer was used for the primary grade classes. So construction of Hutchinson Hall was started.

This was done primarily by volunteer labor, including many hours by JOHN PHILLIPS. The building was completed after almost three years of labor, and dedication ceremonies were held in 1979. Some of DR. HUTCHINSONS'S family were present for the ceremony.

In September 1978 there was a special service honoring the 80th anniversary of the church.

JOHN PHILLIPS retired from the ministry on July 31, 1981.

There was a burglary in which several items of office equipment were taken -- later to be recovered by the police, but kept by them for evidence.

The relationship between DEAN AGEE and the membership did not work out as expected and he resigned.

In April of 1986 it was decided to ship the old Book of Minutes to Philadelphia for safekeeping.

BRUCE CAMERON started in 1986. The church came into the computer age when one was acquired for the treasurer and pastor's use. A TV and VCR were acquired. There were a number of physical changes in the buildings. New hymnals were purchased. In 1993 the Heartlight radio program on KOHI was started.

RICHARD TERRY was the interim pastor until the arrival of the present pastor. He was well received by the congregation.

Want to worship with us?

We would love for you to join our family for worship, music and communion.
We are here to welcome you with open arms.

Feel free to call us!